Shame on the Reserve Bank of Malawi (RBM) Governor Dr. Wilson Banda as this publication can confidently reveal that the RBM’s Savings and Credit Cooperatives (Sacco) has literary collapsed under his watch.

Ironically, according to the Financial Cooperatives Act of 2011, RBM is the regulator of all cooperatives in Malawi.

Meanwhile, about 200 RBM Sacco members in Lilongwe, Blantyre and Mzuzu are teaming up to take legal action against the governor for shamelessly allowing the Sacco to die needlessly. On the other hand, this raises doubt over Banda’s capabilities and competence to champion the monetary policy when he has failed to restate a Sacco.

“The coming in of Banda brought a ray of hope that he is going to do all he could to save the Sacco so that it should continue serving the members who are also employees of the central bank but alas! As am talking to you now no single member is allowed to get a loan, to withdraw his shares and we can’t begin to talk of dividends, that’s the pathetic situation the Sacco has found itself in,” said our impeachable source at RMB.

Apart from contravening the Financial Cooperatives Act, Banda is also acting in violation of the Constitution of the Reserve Bank of Malawi employee’s savings and credit cooperatives society Limited which was registered on December 31,1991.

The RBM constitution among many other things says the Sacco will conduct in accordance with the outline universally accepted co-operatives principles such as; voluntary and open membership, member economic participation which include the right to access loans, dividends, annual general meeting and voluntary cease to be a member.

“The situation now is that we are hold at ransom since we can not do any transaction with the Sacco and the most painful thing is that we are denied a right to withdraw of hard earned savings in the form of shares because it is an open secret the money is not there and there seems no way we can access the money. Now the mindboggling question is if RBM is failing to police its own Sacco where would the regulator get the high moral ground to stand on and point fingers at the rest of the cooperatives, “she lamented.

This is simple and plain language is a toll order for Banda who surprisingly worked for RMB before as Reserve Bank General Manager Economics and left in 2013. He later joined the International Monetary Fund (IMF) and before his appointment as governor he was NBS board member. 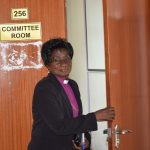