Four candidates who lost in the Malawi Congress Party (MCP) primary election in Lilongwe North West Constituency have submitted nomination forms at Malawi Electoral Commission (MEC) to run as independents ahead of the upcoming by-election in the area.

This development came to light on Wednesday during presentation of nomination forms when a cross-check of the independent candidates with those that contested in MCP primary election showed that they had sort the lead governing party’s ticket earlier in August.

The four candidates who will be standing as independents pending MEC approval are Bryson Majoni, Ndiwo Goodwell Banda, Deborah Mitawa and Chimwemwe Kameta.

Speaking in an interview, MEC Constituency Returning Officer for the area, Sungeni Kawinga confirmed to have received nomination forms from these four candidates as well as official representatives from MCP, opposition Democratic Progressive Party (DPP) and Mbakuwaku Movement for Democracy (MMD).

“We have received nomination forms from seven candidates against a background of nine who had earlier expressed interest to be the lawmaker for this area and should the Commission approve the nominations, we should expect to have these seven on the ballot paper,” said Kawinga.

MEC will announce a list of candidates to appear on the ballot paper on 14th October after vetting the nomination forms.

While political party primary elections have often served as a catalyst for  swinging votes and voter apathy, MCP spokesperson Reverend Maurice Munthali was quick to downplay the four estranged members of the party.

“Nobody likes a split vote but these four who are running as independents are only exercising their democratic right and let me make it clear that our candidate will win with a landslide because that primary election was fair and the people spoke louder on who they want as their legislator, ” said Munthali.

The torchbearer of MCP in Lilongwe North West Constituency is Mphatso Jones Boti while DPP and MMD will be represented by Bokola Blessings and Njelengo Christopher Nolex respectively.

The constituency was formerly held by Lazarus Chakwera before his election as President of Malawi on 23rd June. 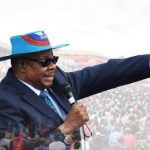 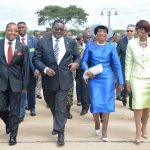 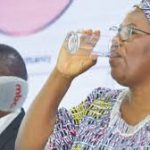