A dark cloud has engulfed the football fraternity following the death of super league side Kamuzu Barracks Head Coach Billy Phambala who died on Thursday morning.

According to Kamuzu Barracks General Secretary Prince Majiga, the late Phambala died on at Kamuzu Central Hospital in Lilongwe.

While in charge of Kamuzu Barracks, Phambala redefined the football landscape when he guided the team to become the first military team to win the TNM Super League.

Apart from winning the TNM Super League title, Phambala also helped KB to win the Carlsberg Cup in 2013 before winning the Fisd Challenge Cup in 2017.

Meanwhile, one of the senior players at Kamuzu Barracks FC Havy Nkacha has described the death of Phambala as untimely and big blow to the army camp. 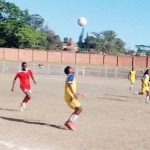 KB Denies To Have Opted For Dedza Stadium