“President Chakwera met with leader of opposition Kondwani Nankhumwa on Thursday after taking questions from members of parliament and they discussed a number of issues,” said Kampondeni

But In an interview with local press, Nankhumwa said he only bid the President goodbye alongside the rest of Parliament leadership. 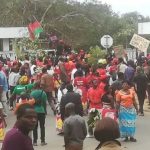 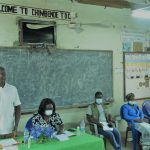