Hours before UTM Party conducts primary elections in Karonga Central Constituency to elect the torch bearer for the forth coming by elections, Florence Shackie Nthakomwa, one of the aspiring candidates has pulled out of the race at the eleventh hour, citing lack of intraparty democracy and creation of fake structures aimed to suffocate her bid.

In her letter addressed to the Party’s Regional Governor for the North Moses Mlenga, Nthakomwa has listed eight reasons as contributing factors that have forced her to withdraw from the race.

Reads the letter in part: “Being a supporter of the party and a believer of the party’s President Saulos Chilima’s ideologies, it is against my conscious to take part in the proposed primaries because from the moment it was known there will be primaries in Karonga Central, the party leadership saw it necessary to shun me in so many possible ways disregarding the fact that I was the sower of UTM Party in that constituency and the only candidate during the 2019 Tripartite Polls.

“I have believed that UTM Party is very democratic and that has a listening ear no matter the level of the voice. However, it pains me to see that the democracy that our leader would like to see amongst its followers is being destroyed by a few greedy leaders and believe they own’ the party”.

Nthakomwa in her letter, reminds the party’s politburo that she was part of the system that worked so hard to plant structures in Karonga Central for UTM Party that today are deemed as Florence’s structures ‘, saying the leadership is forgetting that it is not destroying Florence but the party.

“I gave you my reasons for not partaking in the primaries. If I am to win, let me win honorably and it should be likewise if I am to lose. You are aware of the dents you and your team put by promoting one candidate before campaign started. The least you could have done is see sense in what I am saying on the fake created areas for the primaries and go for a voting manner that would rule out any biasness.” Nthakomwa said.

In an interview, Nthakomwa said it is unfortunate that the party’s leaders are paying a deaf ear to her complaints to level the play field for primary elections scheduled for Saturday, September 12, saying she will contest as an independent candidate.

However, in an interview, the party’s regional governor Mlenga feigned ignorance on the said letter of withdrawal, saying he had not received any communication from Nthakomwa.

Nonetheless, when quizzed on the allegations of lack of intraparty democracy and the creation of parallel areas, Mlenga said in UTM Party set up, all areas formed in 2019 Tripartite Polls had to be consolidated to accommodate new entrants and come up with new areas to conform the current party membership.

He said: ” As a party we recognize efforts that she played in 2019 since she was the sole UTM party candidate in the Constituency. However, we had to form new party structures that would be acceptable by both candidates and she did not cooperate with constituency and district party structures”.

However, a renowned political commentator Sharif Kaisi has warned political parties to tread carefully as political bells ringing in Karonga Constituency are not making headways, saying sidelining someone who fought hard in 2019 to lay party structures for a new party in an area is detrimental.

“The party’s politburo could do better to sort out the aggrieved candidates concerns. Political parties should democratically learn to accommodate members for the sake of avoiding splitting vote,”

Asked whether the party is making headways to promote female representation in the august house, Kayisi said the party’s secretary general has failed to utilize her position to promote her fellow women to decision making positions.

“To achieve the equal representation in Malawi is a tall order as political party leaders fail to walk the talk. In reality, women are being pushed as leaders do not fulfil what they preach about 50/50 representation,” Kayisi said.

However, UTM Party Secretary General Patricia Kaliati said UTM Party does not force people to do things out of their will,. Saying in a democracy, everyone follows their conscious.

“I am also Minister responsible for Gender, Disability and Community Development I encourage a girl child to go to school so that when they finish school, they chose what to Do,” 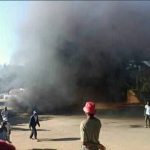 Malawi Drifting Into A Quagmire Of Political Violence, Lawlessness 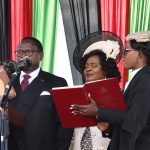 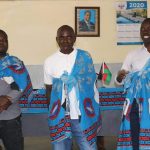