Mzimba, September 11, mana: Police in Mzimba are keeping in custody two Luhanga brothers of Mua Village in the area of Traditional Authority (TA) Chikulamayembe in Rumphi district for theft of six motor vehicles which have since been recovered.

Botha said in February 2020, the two brothers hired a minibus Nissan Vanette, grey in colour registration No CP 7293 from Chimwemwe Lwesha and later sold it to a certain business person in Mzimba.

“After noting that the suspects were not returning the vehicle, Lwesha reported the matter to Mzimba Police Station,” he said.

Botha said following information gathered from Lwesha, Police managed to recover the vehicle on July 5, 2020 however the suspects were still at large.

“A manhunt of the suspects was then launched and in the process it was discovered that the two had been stealing and selling motor vehicles in Mzimba using the same trick,” the Spokesperson said.

He said after establishing that the suspects were in Blantyre, Mzimba Police officers in collaboration with Blantyre Police detectives on September 8, 2020 apprehended the two brothers near Chichiri Stadium in the commercial city of Blantyre.

The two are expected to appear in court soon to answer charges of theft of motor vehicles. 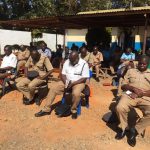 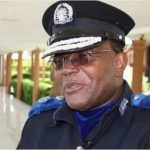