In an interview with Malawi News Agency (Mana) in Mzuzu, one of the concerned vendors, Ishmael Kazembe said some vendors have been given more than three marketing spaces while others have nowhere to elect their benches.

“We were advised stop plying our businesses in undesignated and we were relocated to Mzuzu Flea Market where we were promised to be given marketing spaces but to our surprise most of us have not been given any piece of space at this flea market,” he said.

Kazembe said the vendors having complied with the order, they have blamed the Council for favoritism in proving trading spaces to them, saying some vendors have been allocated more than one trading spaces while others do not have any.

He said noting that MCC officials were not providing them with viable solutions to the vendors’ challenges, the vendors resolved to present a petition on the issue to Malawi Congress Party (MCP) Regional Headquarters for the North.

“In the petition, we have asked the central government through the State President, Dr. Lazarus Chakwera to intervene in addressing the situation which has now made us idle as we can no longer do our businesses since we don’t have trading spaces at the flea market,” Kazembe added.

MCP North South Region, Director of Youth, Clement Manda who received the petition said he will forward it to relevant authorities for action.

“I indeed received the petition from the vendors and I will forward it to MCP Regional Chairperson and I expressed my wish that he should bring the issue to the attention of responsible authorities for quick redress,” he said.

Manda advised the vendors to be patient as authorities looking for lasting solutions to the challenges.

MCC Spokesperson, McDonald Gondwe said the Council has not provided any space to anyone for construction of benches as all spaces in the flea market are already developed with benches and all essentials.

Recently, MCC in collaboration with other stakeholders such as public security and law enforcement agencies forced illegal vendors to be relocated to the flea market in an effort to maintain orderliness and cleanliness in the city. 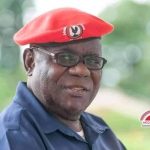 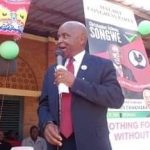 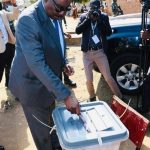