Govt Asked to Turn State House Into a Hotel

Zomba, August 6, Mana: Mayor for Zomba City, Benson Bulla has asked Ministry of Local Government and Rural Development to give the council power to use the Zomba State Residence and turn it into a hotel.

Speaking Wednesday during a familiarization meeting with the Minister responsible, Lingson Belekanyama, the mayor said for the past few years, the Zomba State Lodge has not been fully utilized and, as such, it has not benefited Malawians.

Bulla then said it would be important for government to give the state house to the council so that it uses it for other things, a hotel being the top idea.

“Just like other councils, Zomba City Council is not spared from challenges of revenue collection. However, ours is a bit different because we have a very small area and revenue generation is a hustle.

“As part of boosting our revenue collection, we would like, through you, ask government to give the council ownership of the statehouse,” Bulla said.

However, the mayor said part of the money generated from the state house, should it be turned into a hotel, would be remitted back to government thereby increasing state’s revenue collection.

Apart from the state house, the mayor also pleaded with the minister to consider extending the city boundary, which he said, would give the council enough space for investors.

“Zomba city is the smallest city in the country but we cannot remain this small forever. We would like government to consider extending our territory so that we have more space for investors.

“Let me also take advantage of your visit to ask for more funding to the council for we have more projects to run aimed at face-lifting our city,” he said.

In his response, Belekanyama asked the council to put its proposals in writing and send it to the ministry headquarters for proper action.

Belekanyama said all the suggestions made by the council were relevant and important but needed further scrutiny at the top management.

“Your concerns are genuine; a city should have everything to its name. However, I would ask you to put forward all your suggestions and we shall act on them accordingly,” the minister said.

Belekanyama commended the city council for all the projects it was implementing which he said would facelift the city and improve its revenue generation.

The minister, therefore, promised to lobby for more and timely funding to councils for their quick implementation of development projects.

Apart from meeting, the executive members of the city council, the minister also had a meeting with councilors and later visited the Zomba stadium, which is currently under construction. 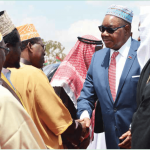 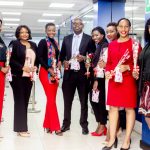 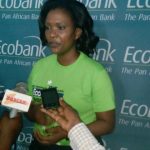 All Set For Ecobank Charity Shield