The dancehall Apostle Sir Creedy told Malawi News Agency (MANA) that, the single is meant to inspire young people to preach the gospel, and as such the message has been wrapped up in their language hence the title ‘KICKS’.

“KICKS mean shoes and when I was coming up with the concept I had Romans 10:15 which say beautiful are the feet of those who preach the good news.

“So many young people are into shoes that is why I came up with the title because it is catchy but I’m not really talking about shoes in a literal sense,” Creedy said

According to Sir Creedy, the song featured David Kalilani as such, people should expect to be inspired as well as have fun listening to it.

In a separate interview, Kalilani said that in the song he is comparing the way people focus so much on outward physical fitness to the way they ignore the spiritual needs and focus on how those who preach the gospel beautiful feet.

“This message remains constant. It is a command for us to share the good news of Jesus and we need to constantly remind young people not to be afraid of the message of Jesus,” Kalilani said.

The heavyweight Gospel artist said that he believes that Sir Creedy is passionate about the gospel such that he preaches on the streets frequently and this is something that drew him to know Creedy better.

Kalilani complimented Creedy that he is the future of urban music in Malawi and he is proud of him.

The single which was produced by Chozizwa and its beat made by Asodzi will premiere on Radio2 FM’s Made on Monday program.

The artist has released a considerable number of singles such as Clean like Tonga featuring Sobre from Zambia and he is expected to be dropping his Extended Play on August 15, 2020. 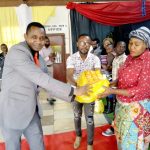 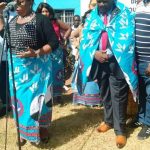 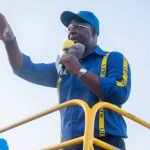