As part of his strategy to acquaint himself with establishments under his portfolio, Kachale has this week toured a number of small indigenous shops and factories; a move that some observers have decided to trivialise.

But according to the minister, it would be unfair and uninspiring of him to concentrate on big industries while disregarding the SMEs who also play a crucial economic role in the country.

According to Kachale, it requires a focused government to provide and enabling environment to the SMEs so that they may develop into major industries.

He also stressed that the observations that he has made through his tour of the SMEs have a bearing on the performance and survival of the big players on the market.

Kachale cited the presence of predominantly imported goods in the local shops as indicative of some anomalies that need to be resolved in the major industries.

He then pledged his ministry’s commitment to support the SMEs so as fulfill the Tonse Alliance administration’s campaign promise to create at least one million jobs in its first year in power. 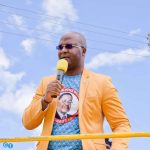 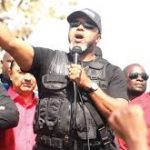