Political Witch-Hunting Has No Place In Democratic Malawi

Malawi faces numerous social, political and economic challenges. However, it seems there is an unwritten rule that every new government that comes in place in Malawi after national elections must victimize anyone or any organization or businesses perceived to have worked with the predecessor government.

Led by UTM leader and State Vice President Dr. Saulos Klaus Chilima, the senior UTM cadres are all over the place excavating would-be evidence of alleged abuse of office, bribery, corruption and theft of public resources.

Chilima has a vengeful heart; he thinks that the targeted senior DPP officials and businessmen delayed his ambition to become Head of State when he served as Vice President under Professor Arthur Peter Mutharika.

Now, he does not care about the plight of others; he only considers the lengths that he has to go for him to enjoy the privileges he is enjoying today. To put it more succinctly, he is evil.

Chilima must be exposed as a VP who will go to the extreme length of even fighting his President to get the ultimate position, President of the Republic of Malawi.

This is evident in the leaked voice clip where he is discussing with his UTM politburo scenarios that may lead to his becoming Head of State prior to the fresh elections on June 23, 2020.

One of the scenarios was the “death of President Professor Arthur Peter Mutharika”. While Chilima wants to victimize and persecute his fellow political bedfellows over corruption allegations, he has ‘Cashgate’ skeletons himself in his cupboard. They say “he who seeks equity must come with clean hands”.

The UTM wants the government to go into an overdrive, arresting people and shutting down businesses allegedly involved in corruption during the past five (5) years of the DPP Government. Lawyers, top government and parastatal officials have also been targeted.

To prepare people’s minds ahead of these heinous acts, UTM through functionaries Steven Mikaya, Willet Kalonga, Callisto Matumbi, Patricia Kaliati, Khwesi Msusa, Felix Njawala, Paul Chibingu, Richard Makondi, George Saonda and Chihaura Shaba, has unleashed its social media machinery to ‘expose’ various ‘corrupt’ people, including making pre-emptive narratives that such and such people will be arrested; such and such businesses would be shut; such and such public employees, especially CEOs of public institutions will be fired; and so on and so forth.

A typical example of this mudslinging campaign was social media propaganda unleashed against a locally-owned FDH Bank. The bank is owned and managed by business magnet Dr. Thomson Mpinganjira.

UTM and its agents on the social media have been advancing a mudslinging agenda against FDH Bank alleging that it has been used the former DPP Government to siphon billions of Kwacha to enrich DPP leaders and Dr. Thomson Mpinganjira himself.

Pre-emptive propaganda has been advanced to the effect that the new MCP and Tonse Alliance Government will close all accounts held by government at FDH and institute a forensic investigation into alleged abuse of the accounts.

It is extremely unfortunate and politically unhealthy for UTM and its leader Dr. Saulos Klaus Chilima to want to stifle a local bank, which employs thousands of Malawians directly and indirectly.

Many Malawian businesses and families continue to survive because of the FDH Bank, particularly now that we have the global COVID 19 pandemic amidst us.

FDH Bank is a law-abiding business institution with its operations governed by the Reserve of Malawi Act in line with international best practices.

Among notable CSR projects implemented, FDH Bank has ongoing scholarship sponsorships at UNIMA and MUST that caters for 26 students; the refurbished and ongoing support of the Queen Elizabeth Hospital Cancer HDU; the re-equipped and refurbished Makwasa Paediatric HDU Unit; and the Mayor’s Trophy sponsorships in the main cities, among others.

How can one choose to deliberately ignore the foregoing and want all these projects to suffer just because of politics?

In a typical case of witch-hunting, lawyer Mbeta, who ably represented President Mutharika as second respondent in the election case, is being attacked on social media for a long-dead corruption case.

In the case, which the Anti-Corruption Bureau (ACB) brought against him in 2015, Mbeta was accused of offering MRA Information and Communications Technology (ICT) security manager Wilson Upindi K2 million to delete information from three computers seized from a suspect in tax evasion, Karamat Ullah Chaudry.

The matter did not see the light of the day because Zomba High Court Judge Zione Ntaba ruled in favour of Mbeta that the ACB warrant of arrest was irregular.

So, as progressive citizens, we urge President Chakwera to keep a watchful eye on his Vice President Dr. Saulos Klaus Chilima and his UTM hooligans to prevent them from tarnishing his government’s image through politics of hate.

Dr. Chakwera and MCP must not accept to be part of Chilima and UTM political gravy train that lacks depth, and will soon end in nothing.

President Chakwera must not accept that Chilima and his UTM cohorts suddenly evolve into spokespersons of the Judiciary; or take charge of PR functions at ACB because that amounts to interfering with the independence of the judiciary, ACB and all other investigation agencies by the executive for its own agenda.

We expect Reverend Dr. Chakwera’s governance approach to be ‘unusual’ not ‘as usual’. The President must also guard against removing top public officers without following laid down procedures and wasting taxpayers’ money in the process on compensations.

The MCP and Tonse Alliance Government have been in power for only three weeks. The acts above are therefore a source of grave concern and frustration. It is important for President Chakwera to guard against bad advice and bad advisors.

Politics is about power and without power you are nothing. You get power from the people and as soon as you lose this power, you lose legitimacy to govern even before your term is still running. The MCP could soon find itself in this scenario if it has not already.

President Chakwera should avoid creating a conductive environment for civil disobedience, least of all from the very people that gave him support during the last election.

Malawians want a government that consolidates and defends the independence of our country and the freedom of its citizens; ensures that every person has the right to receive from society the protection of his or her life and of property held in accordance with the law; ensures that every able-bodied person in our country works, and work means any lawful activity through which a person earns his or her livelihood; oversees and protects the right and development of the peasants, workers and other people engaged in lawful self-reliance activities; and especially ensuring that every person has the right to receive a fair and just return to his labour; ensures that through the use of organs duly established, every citizen enjoys the right to participate fully in decision-making on national affairs and matters affecting him or her; and that he or she has the right to freedom of expression, of movement, of religious belief and of association within the context of the law; ensures that Malawi is governed in accordance with democratic principles; safeguard the inherent dignity of the individual in accordance with the provisions of the Universal Declaration of Human Rights; and ensure that the Government and all public institutions provide equal opportunities to all citizens, women and men alike, irrespective of a person’s colour, tribe, religion or status among others. 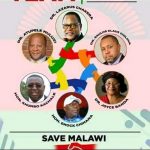 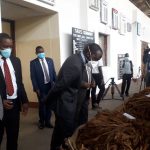 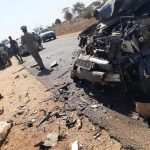