Frontline workers at Kameza COVID-19 Isolation Centre in Blantyre say will continue with their stay-away despite District Commissioner Bennet Nkasala calling on them to end it and continue providing services while their grievances on unpaid allowances are being looked into.

On Tuesday, Nkasala addressed the frontline workers who have been shunning work for weeks now.

They are demanding their MK50 million allowances accumulated from March this year when the government declared COVID-19 a disaster.

The District Commissioner assured the workers at Kameza that government was still looking into the matter and promised them the matter would soon be settled.

Nkasala, therefore, advised the health workers to be calm, saying they were waiting for their allowances. He said government protocol needs to be followed for things to be done.

“Being a civil servant requires patriotism, there are times you need to work without expecting to be paid instantly,” the District Commissioner said, adding that government system steps need to be followed before getting results.

“If not for the just ended Fresh Presidential Elections, you would have been paid already   but since the elections were held without any donor support, that is why it has taken long for government to pay you,” he explained.

He, however, advised them to either go to work or continue their stay-away as they cannot be forced to work if they are not willing. He said the District Health Office would re-strategies and allocates new staff at the centre.

One of the front liners’ representatives, Mike Ngozanga commended the DC for allowing an audience with the front liners, saying nobody came to clarify on the allowances issue.

Ngozanga told the District Commissioner that the front line workers were not ready to go back to work unless their dues were paid.

“COVID-19 is deadly and we are risking our lives in the course of our work. A number of health workers have contracted the disease and it’s not fair for us to be working without allowances,” said Ngozanga.

He said the front line workers’ representatives needed to go back and notify fellow workers on what has transpired in the meeting with the district commissioner before coming up with feedback on whether to continue with the stay-away or continue working at the centre.

Blantyre District Council owes the workers allowances amounting to K50 million and it has approached a number of partners such as Malawi Red Cross Society, Centre for Disease Control and UNICEF for a bail out, according to Blantyre District Health Office which is still waiting for a response from the organisations.

Meanwhile, the office has come up with a tentative duty roster for new staff expected to work at the facility as they await response from those that are shunning work. 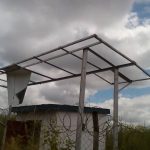 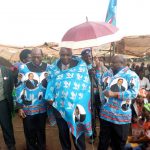 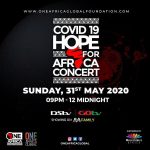 One Response to "No Retreat: Kameza Covid-19 Isolation Centre Workers to Continue With Strike"