Lilongwe, June 17, Mana: Ministry of Environment, Tourism and Wildlife has singled out that only law abiding tourism units will qualify to get a financial boost from the special fund meant to cushion the industry in light of the Covid-19 inflicted economic shocks.

Public Relations Officer (PRO) for the Ministry, Milca Manyozo told Malawi News Agency (Mana) on Wednesday in Lilongwe that government was concerned with the fact that the Covid-19 pandemic had affected most of players in the tourism industry.

She noted that the effects of Covid-19 have slowed down in the business and the tourism industry needs assistance to survive.

Manyozo was quick to mention that not all tourism operators were illegible to get the assistance but that only those who abiding to the standards and requirements of the sector such as licensing, paying tax would benefit.

“The funds were identified; we will focus on assisting those law abiding tourism units. Those that are licensed by Tourism and Hotels Board and are tax compliant,” she pointed out.

Manyozo said arrangements are already underway to bring tourism players in the industry to submit their requirements to government for consideration, which they have since done through Malawi Tourism Council (MTC).

The PRO said the assistance would be two faced, tackling labour and economic issues.

According to MTC, monthly salaries for the industry go up to over K 7.4 billion.

In a letter to Malawi Chambers of Commerce and Industry (MCCI), MTC had argued that it was necessary to redeem the industry since it contributes K 13.5 billion per month during stable economic conditions.

The Covid-19 pandemic has so far, affected almost all the sectors of the country’s economy with the tourism sector being among the worst hit alongside aviation.

Recently, Reserve Bank of Malawi released an indicative report that the industry would shrink by 9.9 per cent contrary to its projected growth of about 4.8 per cent this year.

Government approximated that the sector had lost part of its labour force of over 35,000 employees since March, 2020.

MTC has since hailed government for the move to rescue the industry, saying it will ensure recovery and sustainability of the industry.

On government’s decision to only assist tax compliant units, MTC Chairperson, Van Der Linden said that it was a welcome development to the industry.

“That is a normal and we have already communicated that to our members. We have agreed with government that only those who have been tax compliant up to March will be ones to benefit,” he added.

Governments move to cushion the tourism sector comes after players in the industry through MTC who wrote government in April, 2020, requesting for assistance particularly on the issue of salaries.

They had expressed hope that government would help pay at least 50 per cent of the salaries. 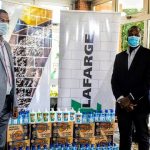 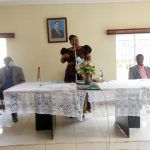 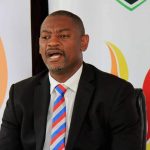