The campaign whistle stop tour, which was Mutharika’s first public appearance in the capital since the annulment of the 2019 presidential election results was the president’s second stop of the day following a similar address in Ntcheu on his way from Blantyre.

Mutharika, who was franked by his runningmate, Atupele Muluzi told the crowd that he legitimately won last year’s nullified election but the will of the people was overturned by the courts.

“Presidents are elected by the people and not the courts. We won the election last year because you voted for us. But they (the opposition) worked with the court to tussle government from us,” said Mutharika.

President Mutharika then called upon the crowd to vote for him and Muluzi in next week’s polls to ensure the continuity of the various development projects his government has been implementing in the past five years.

“We want to continue development. As you vote next week, choose development instead of regression. Choose peace and not chaos and violence. Do not let them (the opposition) stop the projects that my government started,” Mutharika said.

Mutharika then highlighted various projects and initiatives that his government has outlined for the city of Lilongwe, the youth, women and the country at large.

Among others, Mutharika mentioned subsidy fertilizer program which has seen a 50 Kg bag of fertilizer being pegged at K5,000 in the 2020-2021 national budget.

“In five years, we have constructed in excess of 60 roads countrywide and we are continuing. Funds are already available for a dual-carriage way from Bunda turn-off to Lumbadzi and from Lumbadzi to Karonga.

We have allocated K15 billion for MEDF loans and we are increasing to K8 billion the allocation for students’ loans,” Mutharika said.

Mutharika also said his government will continue with the community colleges initiative, and plans to have a college in every of the 193 constituencies in the country.

Speaking before Mutharika, Muluzi called Mutharika a president for peace and development, stressing that the DPP-UDF alliance will win again in next week’s polls.

“Mutharika is a president who loves peace and development. Look at the various development projects he has implemented, like roads, MEDF loans, cheap fertilizer and many more.

He also cares for the youth, that is why he chose me as a running mate so I should represent the wishes of young people,” Muluzi said.

The incumbent president will proceed to the Northern region on Thursday as he intensifies his campaign.

Mutharika has not been to the region since last year’s nullified election, a move DPP officials attributed to have come about due to security concerns.

Malawians will next Tuesday June 23, vote in a first ever fresh presidential election.

This followed the nullification of the May 2019 election results by the Constitutional Court, a decision that was upheld by the Supreme Court of Appeal. 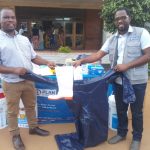 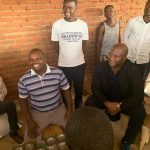