Nyamilandu made the remarks on Saturday when Mutharika presided over the launch of construction of the two stadiums at Nyambadwe Primary School ground.

“Football here has been honoured. These teams have existed for over 50 years without owning a football ground.

“It’s time and they deserve one. They are very good teams patronised by a lot of fans,” said Nyamilandu.

Nyamilandu said the stadia will attract new sponsors and eliminate financial challenges, hence promoting the sport in the country.

“We will not even hesitate to host international football competitions should football bodies ask for venues,” he added.

He, therefore, asked that the project should trickle down to hard-to-reach areas so that community members should be able to showcase their talent.

Early 2019, President Mutharika promised to build stadiums for Nyasa Big Bullets and Mighty Be Forward Wanderers as one way of developing football in the country.

Speaking during the launch, President Mutharika said the teams have produced well known players both in Malawi and Africa; hence, the need to recognise the teams and the entire football fraternity in the country.

“I, therefore, encourage you football players to work hard so that some of you should also play for big clubs like Manchester United, Arsenal and Barcelona.

“That is how we can put Malawi on the map with football,” said Mutharika.

According to the Minister of Sports, Youth and Culture, Francis Phiso, the multi-billion construction of the two stadiums will be completed in 104 weeks (one year and six months).

The stadia will be constructed at Moneymen along Chikwawa Road for Bullets and Kanjedza Forest near Blantyre Teachers College for Wanderers. 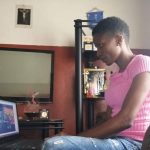 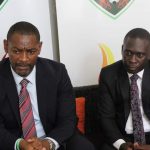 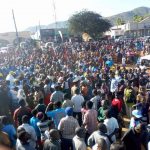