The Netball Association of Malawi (NAM) has expressed sadness following the death of Tigresses Netball Club and Malawi Queens Under 21 star Cathy Yikwanga who died on Saturday.

NAM’s General Secretary, Carol Babu confirmed the death in a statement made available to the publication.

She said Yikwanga died at Kamuzu Central Hospital in Lilongwe after a short illness.

“NAM is calling upon the netball fraternity in the Country to join hands in mourning our daughter who was also Malawi Queens future player and praying for the bereaved Yikwanga Family and Tigresses in this period of sorrow,” said Babu

Babu described late Yikwanga as a skillful and disciplined player who will be fondly remembered by netball loving Malawians. 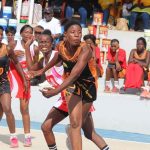