The ruling Democratic Progressive Party (DPP) has warned Malawians against voting for the opposition parties because they have no plans for the country.

The ruling party has also trashed the cheap propaganda coming from the opposition saying it is empty and betrayal to Malawians.

DPP Secretary General Grezelder Jeffrey warned Malawians against voting for the opposition when she addressed a rally in Karonga on Saturday.

She called on the people to vote for President Professor Arthur Peter Mutharika and his running mate Atupele Muluzi in the forthcoming fresh presidential election.

Jeffery, who is also Deputy Minister of Local Government and Rural Development, said the DPP-UDF Alliance is the only hope for Malawians for continued and meaningful development across the country.

“Let me assure you that DPP under the leadership of Prof. Peter Mutharika and his running mate, Atupele Muluzi is going to win these elections. Professor Peter Mutharika’s led government has implemented a lot of development projects across the country within a short period of time,” said Jeffery.

“This did not work for the opposition parties during the fresh presidential poll and Malawians should expect the same scenario,” she said.

During the rally, some members of opposition United Transformation Movement (UTM) and Malawi Congress Party announced their defection to DPP.

Before addressing the rally which was attended by multitudes of DPP followers, the party conducted whistle stop rallies from Chiweta covering several trading centres along the way to Karonga Boma.-MANA 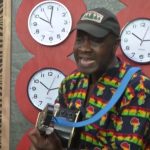 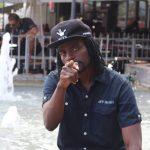