Speaking to thousands of people who gathered at Mangochi Boma, Muluzi who is also cabinet Minister in President Mutharika’s administration urged people from the eastern region to vote for DPP-UDF alliance during the coming elections.

“I want to urge you all to vote for President Professor Peter Mutharika during the fourth-coming presidential elections in order for the region to continue enjoying development projects,” appealed Muluzi

On youth empowerment, the incoming vice president Muluzi said government will continue providing soft loans to youth and women as one way of empowering them social-economically.

Malawi will hold fresh Presidential elections on 2 July 2020 following the nullification of May 2019 elections in which President Mutharika was declared the winner. 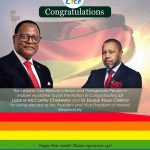 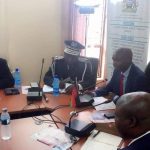