Mzuzu, May 5, Mana: Malawi Government has expressed optimism over better tobacco sales despite unimpressive start at the Mzuzu Auction Floors.

Speaking in Mzuzu on Monday during the official opening of Mzuzu Auction Floors, Minister of Agriculture and Food Security Francis Kasaila said even though auction and contract sales so far have not surpassed US$130 and 230 per kg respectively, it is too early to predict a tougher season.

He said there is a greater chance that the prices will rise as more buyers are yet to start their purchase.

“The market has just opened and most buyers are yet to start purchase; we are therefore optimistic that things will get better as more buyers join because there will be increased competition.

“Though the prices are not that impressive as most of the crop is selling at around $130 for auction sales and $230 for contract sales, we are still hoping for a better season,” he said.

Nonetheless, Kasaila cautioned farmers against poor grading, sending of moist leaf for auction and use of recycled seeds which he said compromises quality of the leaf thereby fetching lower prices.

“Despite the hope of the leaf fetching better prices this year, we have noticed that there is also rejection rate of about 50 percent mostly because of poor grading and most leaf is still moist as there have been continued rains in this part of the country,” he said.

“We always encourage farmers to plant hybrid seed each season because it is the breed that buyers want. Aside producing compromised quality, recycled seed has no markets,” he said.

Banda encouraged farmers to stay at homes and wait for updates of their tobacco sales either through their associations or a 252 mobile phone application set aside for registered farmers to monitor sales progress amid Covid-19.

“This is a procedure put aside by government to ensure that we sell out tobacco despite the pandemic,” he said.

As a precautionary measure against Covid-19, Auction Holdings Limited is implementing a system known as secret bidding which allows bidders bid one after another to allow the social distance pattern.

In the same vein, farmers are not allowed to follow proceedings at the floors but only their representatives so that there is no congestion at the market. 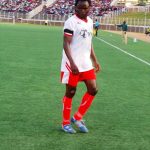 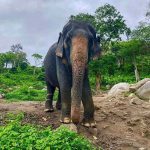 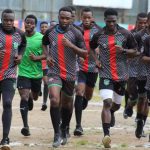