As Covid-19 rages on, it is evident that all corners of life have been negatively affected.

The disease, which took the world by surprise, has left the whole world at a standstill as no scientifically proven cure is a currently available.

Despite being at a standstill, one thing is certain; together we stand, divided we fall. This is the message at the heart of the new song released on Tuesday by Afro artist Wikise titled ‘iwe ndi ine.’

A the song starts, Wikise takes the listener to a low sombre mood and paints the desolate picture COVID-19 has brought across the four corners of the world.

This is reality in Malawi as the country has for far recorded 33 cases of the disease and still counting, with already three deaths.

However as the song approaches the chorus, Wikise reveals that all is not lost, there was light at the end of the tunnel, all that needs to be done is join efforts if the battle is to be won.

“This is a song that is calling for unity in fighting this disease. This is a disease that requires a holistic approach in fighting it; that is it must be confronted from multiple fronts,” Wikise told   Malawi News Agency (Mana) in an interview Thursday in Lilongwe.

The Artist said as an effort to play a part in the fight against the disease, he decided to come up with the song that raises awareness of the pandemic amongst his fans and the rest of the country.

“As an artist who has many fans whom I can directly engage with, I decided to take part in the fight against the disease by coming up with this song so as to encourage people to follow all health regulations provided by officials.

“This includes washing hands frequently with soap, use of hand sanitizers, observing social distance all these with an aim of minimizing the risks of contracting the virus. If we can all stand together in this, we stand a better chance of winning,” he said.

Of course, “Osawalakonso ka shabalakata” he sings, referring to how prayers should also be used as a tool in fighting the disease.

The audio for the song has been produced by Mkadyman and Dj Langie.  It has been made available for downloads at Malawi-music.com. The artist however said he would like to shoot a music video for the song.

“If anyone can come in to help me to shoot the music video for this song, I would be very thankful. This would also mean the message contained in the track would also reach a wider audience,” Wikise said. 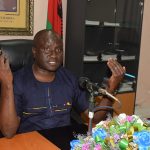 No Lockdown In Malawi- Govt 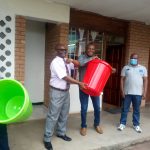 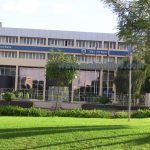