Police in Nkhotakota on Tuesday used teargas to dispense angry villagers at Sani trading center along M5 road who mounted illegal roadblock in order to attack people who went to bury the remains of Benedicto Kantchere who was brutally murdered last Sunday for suspecting him to be a blood sucker.

According to Nkhotakota police public relations officer, Sub inspector Williams Kaponda, the villagers from Chamba village Traditional Authority Malengachanzi invaded Sani trading center and mounted roadblock targeting people from Dwangwa who went to a funeral of one of blood sucker suspects who was killed around the area where he went to have overnight prayers with his friend.

“The people from Dwangwa who were going to the funeral of their friend who was killed by Chamba villagers on bloodsucking rumour promised to avenge when returning.

This did not go down well with Chamba villagers who in reaction organized themselves with offensive tools and made an illegal roadblock at Sani on the M5 Lakeshore road to deal with the people from Dwangwa on their return,” he said.

Police rushed to the scene and dispersed the people with teargas to calm the situation. The police escorted people from Dwangwa on their return from the funeral for their safety.

Last Sunday an angry mob in Chamba village in the district brutally killed two men and set ablaze their vehicle suspecting them of being blood suckers and police until today have made no arrest in connection to the murder.

This is the third incident in the district as the police recently rescued two men whom the angry villagers of Lozi trading center wanted to kill over similar claims and other two deaf people were severely beaten at Ngala trading center after  accusing them of being blood suckers.-MANA 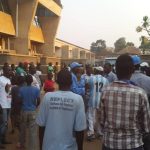 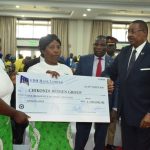 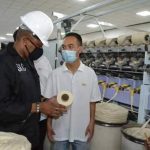