Young people in Phalombe district have raised concerns over the possibility of serious impacts of COVID-19 on their Sexual Reproductive Health Rights.

This comes barely a week after social media across the world was awash with news about the looming scarcity of condoms likely to be caused by shut downs of the world’s biggest condom producers due to the Covid-19 outbreak.

According to youth champions from various corners of the district, young people in the district are worried that due to COVID-19 government (Ministry of Health) may concentrate on fighting the outbreak thereby neglecting some important areas that affect their lives such as procurement of medical drugs and supplies needed in family planning.

This according to the youth champions will create other serious problems that the country will need to deal with soon after the outbreak, such as the outburst of Sexually Transmitted Infections (STI) and unwanted pregnancies among young women and girls.

“Young people are idle right now; schools are closed, sporting activities are banned, meeting in youth clubs has also been banned, nothing is exciting about being a youth.

“The only thing that young people will find pleasure in is engaging in sexual activity which, in the absence of sexual reproductive health services, brings many regrettable results,” said Weston Maganga, Youth Champion and Chairperson of Youth Network in Traditional Authority (TA) Jenala.

Another Youth Champion Regna Chidule of TA Nkhulambe told Malawi News Agency (MANA) that there is panic among young girls who rely on Family Planning to avoid pregnancy and dropping out of school as they are not able to use natural contraceptives.

However Public Relations Officer for Phalombe District Health Office Daniel Chiromo said much as the district has enough family planning needs currently, the worry is that most of the Community Based Distribution Agents from whom most youths access family planning methods do not have enough supplies.

He, therefore, concurred with the youth champions in suggesting that the situation is dangerous as it would open a loophole for an outbreak of unplanned pregnancies that prematurely curtail most girls’ education in the district.

“The danger is there and it is certain. However, as a department we’re lobbying with our partners to supply us with more Family Planning needs in order to ensure that while we are concentrating on containing the pandemic we also serve our youths with their SRH needs,” Chiromo said.

Commenting on the issue, Executive Director for Phalombe Youth Arm Organization Vincent Thom said the young people’s worries were valid and government needs to look into them with a sober mind.

Said Thom, “it is obvious that in an outbreak like this government will concentrate on containing the outbreak and keeping everyone safe but that should not blind the authorities from certain dangers that are there among youths posed by the long idle hours that they have now with the stay home orders.”

Phalombe has a record of high rates of girls’ school drop outs resulting from unwanted pregnancies.

Currently a number of Non-Governmental Organizations are implementing Sexual Reproductive Health Rights projects in the district with objectives of reducing the trend.-Mana 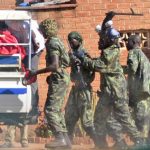 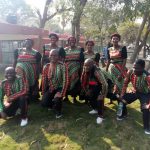 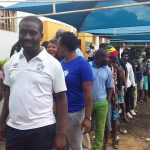