Police in Chitipa are keeping in custody two men identified as Hydon Mtambo 38, and Tyson Sikwese 19, for allegedly being found in possession of fake K2,000.00 bank notes at a beer drinking joint in the district.

According to Chitipa Police Spokesperson, Sub Inspector Gladwell Simwaka, the two were found splashing money on April 4, 2020 at around 21:00 hours at Vilishala beer drinking joint at Chitipa Trading Centre.

Simwaka said police arrested the two following a tip off from well-wishers on the suspects’ behavior.

“Police followed up the tip that some people were boasting of huge sums of money in K2,000.00 bank notes at a local beer drinking joint so we launched investigations which led to the arrest of the two,” said Simwaka.

Simwaka explained that further investigations are underway to establish the source of the fake money.

The suspects are expected to appear in court soon to answer charges of being found in possession of fake currency which is contrary to Section 382 of the Penal Code.

Mtambo is from Mwenefuvya Village while Sikwese hails from Siyombwe Village, both in the area of Traditional Authority Mwaulambia in Chitipa. 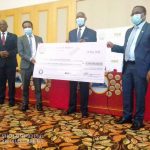 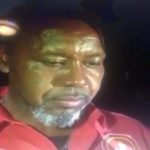 THE BEGINNING OF THE END: UTM Eastern Region Defects to DPP-UDF Alliance