National Oil Company of Malawi (NOCMA) has revealed plans to construct additional 10 million litres of fuel reserve at its Kanengo Depot in Lilongwe.

Mbuluma said despite being on track in making sure that all the reserves in the country never run dry, there is need to put an extra gear as demand for fuel is ever increasing.

“Currently, we have 60 million litres of fuel reserves for both diesel and petrol in all the three reserves situated in all the regions which are always operational.

“But due to increase in demand which will cost us about K3.5 billion; the project will be revenue-based but will consult commercial banks in terms of infrastructure. Our aim in future is to reach 90 million litres capacity as per SADC’s (Southern Africa Development Community) regulations,” Mbuluma said.

In his remarks, chairperson for the Parliamentary Committee on Commissions, Statutory Corporations and Estate Enterprises, Isaac Kaneka said the committee was impressed that there was more than enough stock in an event of any emergency.

“This tour has come barely days after meeting NOCMA officials in parliament. We were not convinced enough and that is why we decided to come to see if they really meant what they said and we are very much impressed.

There is enough reserve for the critical commodity and everything seems to be in place,” said Kaneka. 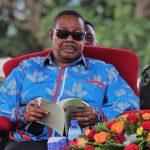 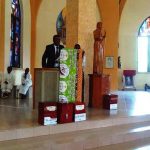 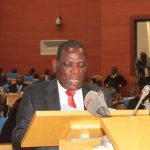 Construction Of 10,000 Houses For Security Agencies On Course- Minister