One of the Focus 265 Management Managers, Charles Tawakali Mhone, well known as DJ Tawa, confirmed to Malawi News Agency (Mana) in an interview that all is set for the concert.

“As Focus 265 Management, we are all set for the upcoming concert which we have organised to take place in Salima.

“Currently, we have put everything in place for the concert in order to make it interesting and memorable,” DJ Tawa said.

He added the artists on the list to perform at the concert include Skeffa Chimoto and The Real Sounds Band, followed by the up-and-coming songstresses namely; Ghetto Diva, Lady Morgana, Fresh Diva and Cookie Kay.

He further said the show has been organised in an-ongoing mission of Focus 265 Management aimed at promoting female up-and-coming music artists in the county.

“The forthcoming show is part of the project of Focus 265 Management which focuses on the promotion of female up-and-coming artists, particularly musicians, for them to be recognised.

“As you are aware, the music industry in the country is highly dominated by men and female musicians, especially those upcoming, underrated and they do not get opportunities they deserve to uplift their music career and be recognised,” he said.

DJ Wayne, another Focus 265 Management Manager, said the entertainment tag envisions supporting female artists in the country for them to reach international standards.

“Our vision is to support all female upcoming artists in the country by training and giving them opportunities including excellent studio work so that they should get recognized and be able to perform on the international stage,” DJ Wayne explained.

Last year, Focus 265 Management invited international artists namely; B1 and Yo Maps who performed with various up-and-coming female artists on stage such as Toria, Brinna and TM Kay.

One of the female artists who are on the list to perform at the upcoming music concert, Cookie Kay said she is ready for the show.

“With practice and help from my fellow artists and Focus Family, I can confirm that I am more than set for the forthcoming concert and my fans should expect to experience good music, good time and vibes during my performance,” Cookie said.

The concert will start at 9 O’clock p.m. and patrons will be asked to pay MK3000 at the door. 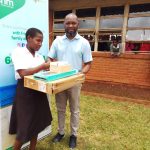 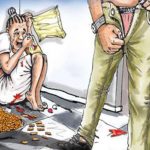 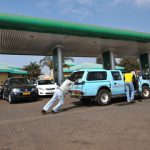