The Football Association of Malawi (FAM) has appointed McNebert Kazuwa as the Head Coach of the Malawi Women’s Senior National team.

The FAM Executive Committee on Tuesday approved Kazuwa’s appointment to lead the Scorchers for a year effective March 2020 as recommended by the FAM Technical Committee last month.

Kazuwa will be assisted by Maggie Chombo Sadik and Andrew Chikhosi with Chisomo Nkhoma and Victor Mphande as fitness trainer and goalkeeper trainer respectively.

FAM has also appointed Thom Nkorongo as the Head Coach of the Women’s Under 17 National Team which is set to make its maiden international appearance at the COSAFA Women’s Under 17 Championship in Mauritius next month.

Nkorongo will be deputized by Scolastic Luhanga and Linda Kasenda while Levi Mhone is the fitness trainer.

FAM General Secretary Alfred Gunda said all members of the two panels will be engaged for one year and will get done to work as soon as possible as their respective teams have assignments next month.

“The panels will get down to work immediately to start preparations for forthcoming games in April. The Senior team will play Eswatini in the AFCON Qualifiers while the U17 will be participating at the COSAFA,” said Gunda. 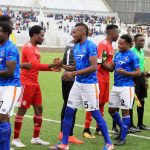 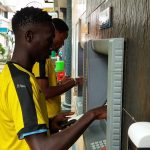 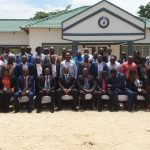