University of Livingstonia (Unilia)-Laws Campus on Sunday celebrated International Women’s Day by hosting an event dubbed ‘Her Day Unilia’ with the aim of creating awareness on Sexually Transmitted Grades and women’s rights.

In an interview with Unilia Student Union Speaker, Tanaka Chirombo, said the event was a success and educative for the students.

“The event was a success as there was a rich discussion on how women can use their rights if they face any form of discrimination and abuse,” said Chirombo.

Chirombo further expressed gratitude to the college administration for allowing them to host the event and supporting them to create Student- Staff Relations Policy to help both the students and staff to work together.

“We are glad the school administration supports our Students Policy. They are at the centre stage of ensuring that students are safe and that no issues of sexually transmitted grades (STGs) occur at the school,” he added.

On her part, Counsel Hazel Miseleni from the Women Lawyers Association of Malawi said such events are powerful learning experience for students as they enable them find their own voice and make significant changes in their lives.

“Such events create a platform for awareness where students can learn and help each other in ensuring that their voices are heard without anything to hinder them,” said Miseleni.

She further said individual’s grades that are sexually induced (STGs) are very dangerous owing to the consequences that follow or even the circumstances that lead to them.

“Women’s rights in Malawi have gone a long way in the fight for equality – most significantly with the enactment of the Gender Equality Act.

“What we now need to do is put that Act in the forefront of the fight against sexual harassment and find ways of protecting women and girls at all levels from this evil,” she said.

Miseleni said Section 6 of the Gender Equality Act defines and prescribes the punishment for sexual harassment.

She further said the penal code also provides for offences which may arise as a result of sexual harassment which are also punishable with severe custodial sentences.

“The problem with incidents of this nature is that they normally happen where there are just two individuals involved.

“So, it is hard to prove but I would advise young girls to find their voice and say no very strongly the first time it ever happens.

“Thereafter, report immediately any incident to the relevant authorities,” she advised.

One of the participants, a fourth year student studying Public Health, Thokozani Lungu, said the event educated them on how they could deal with those asking for sexual favours as a condition to give better grades at their school.

“The event was very educative. Not only did it touch on the challenges we are facing on sexually transmitted grades within the campus, but also on how we can deal with the problem from a legal point of view,” she said.

She added that the issue of sexually transmitted grades was deeming failure to deal with because of the fear most victims have to seek help.

The event comprised a public lecture and debate on sexually transmitted grades in Malawi; an introduction of SheDecides and He4She concepts; a launch of the Student Staff Relations Policy of University of Livingstonia, and community and school engagement through sports. 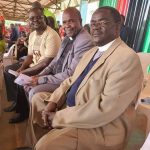 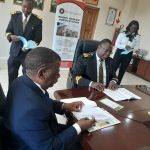 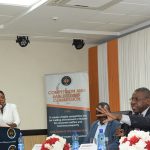