You can run but you can’t hide, goes the say. Gotcha! We found him! Fugitive leader of the so called ‘human rights group’ the HRDC is hiding in the offices of the Royal Norwegian Embassy in Malawi’s capital, Lilongwe, we can confidently reveal.

The Embassy is situated in ARWA House in City Centre area.

Mtambo is reported to have gone into hiding at the Embassy on Sunday night after the Police obtained a warrant of arrest for the man who has caused a lot of untold suffering in many Malawians.

This southern African country was previously known as a peaceful country, is slowly degenerating into chaotic nation following destructive activities championed by Mtambo and his HRDC.

Workers at the Embassy confirmed to us that they found Timothy Mtambo hiding at their offices when they reported for duties on Monday morning.

The entire Monday, Mtambo had been using the Embassy’s telephone lines and officers to be calling various religious leaders in the country and other organizations to organize demonstrations to rise up against the government.

This followed the arrest on Sunday evening of two of his colleagues from the HRDC grouping, Gift Trapence and Macdonald Sembereka.

Police authorities in Malawi announced on Sunday that they were looking for Mtambo who had gone into hiding. Resisting a lawful arrest is an offense.

The Royal Norwegian Embassy in Malawi has been one of the leading financiers of regime change demonstrations in Malawi through the HRDC.

The Norwegian Ambassador to Malawi is Steinar Egil Hagen who presented his letters of credence to President Professor Arthur Peter Mutharika on 16th October, 2018.

Malawi established diplomatic ties with Norway in 1965 but the first resident Norwegian Ambassador only arrived in Lilongwe in 1999 when the first Norwegian Embassy was opened.

Amongst other activities that the Royal Norwegian Embassy has been financing activities of the HRDC include the bring into Malawi the culture of gays and lesbians that the people of this nation have been refusing for many years.

Malawi is a very religious and conservative society and its people have been refusing this foreign culture as promoted by the Royal Norwegian a Embassy.

Timothy Mtambo, Gift Trapence and MacDonald Sembereka last week addressed a press conference where they undermined the legitimately elected president of the Republic of Malawi and threatened that on 25th March they would go and close all the State Residences that a sitting Head of State uses as his official residence.

It is not known if the keeping away of Timothy Mtambo from a lawful arrest, the Royal Norwegian Embassy is not promoting anarchy in Malawi.

Activities of the HRDC of Timothy Mtambo are also being sponsored and supported by the opposition leaders Lazarus Chakwera of the Malawi Congress Party and Saulos Chilima of the UTM. 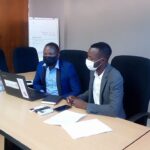 We Are Not DPP Cadets- Govt Interns 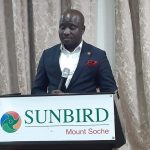 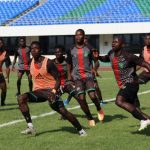 One Response to "Timothy Mtambo Hiding at Royal Norwegian Embassy"