Governance, Development and Political experts have backed the decision by Democratic Progressive Party (DPP) and United Democratic Front (UDF) to join forces, saying this will help them attain the 50+1 votes.

The sentiments were expressed by Governance and Policy expert, Rafiq Hajat of the Institute for Policy Interaction (IPI), University of Malawi Political Scientists, Ernest Thindwa and Blantyre-based Political Analyst Humphreys Mvula, in separate interviews on Tuesday.

Hajat said while the two parties are optimizing the advantage of winning the next elections by forming the alliance to reach the 50+1 requirement, the tricky part of alliances is that after elections, the alliance becomes a coalition.

“UDF has its stronghold in the Eastern Region while the DPP is in power and has access to state resources and infrastructures.

“The alliance is of importance to the two parties as it will make significance to our democratic political dispensation,” he said.

On his part, Mvula said the alliance will benefit the two parties and their common goals of winning the next elections, however, he hinted that the alliance must not focus only on winning the elections but also what people want this alliance for.

“They will need to work very hard to draw advantage of the alliance if they want to use it to win the elections. Both parties must rebrand, in the case of UDF, they used to be a strong party,” said Mvula.

This, Thindwa said, is a natural alliance because both DPP and UTM are from the Southern Region where they have a larger following than any other party.

He said the two parties will consolidate the voting line in the region since most voters will not go for parties outside Southern Region.

Speaking during the unveiling of the alliance at Kamuzu Palace in Lilongwe, DPP and UDF officials said the parties share a common belief and values of peace, stability and unity which are prerequisite for Malawi’s development.

DPP Secretary General, Grezelder Jeffrey and UDF Publicity Secretary Ken Ndanga who read the statements in front of the supporters of both parties, said the alliance would pay attention to youth, children and various vulnerable groups. 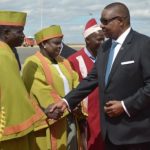 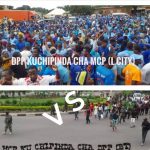 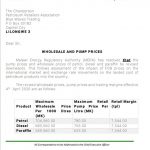