The demonstration in Lilongwe is a third in a series of four under the banner “Restoration of Democratic Justice.”

“Let’s observe peace and order throughout the march as was recently the case in Blantyre and Zomba,” said DPP Secretary General Grelzedar Jeffrey, after an opening word of prayer for the march.

Security is tight with several Police and Malawi Defence Force (MDF) soldiers deployed in a number of strategic points along the designated route for the march to Lilongwe city council offices at the city centre where a petition will be presented. 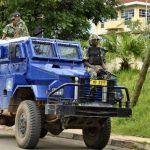 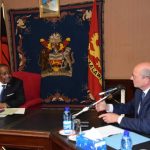 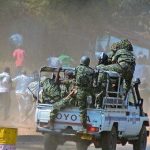