The project was aimed at encouraging people in Thyolo to demand better services from authorities as outlined in their service charters, which he said, is crucial in delivering good quality services to the community.

He said as the project has come to an end, it was important for people to continue monitoring and demanding better services from office bearers, saying mainly the project was meant to empower citizens in their everyday life.

“Through the project, we have been telling people what is contained in the service charter for Luchenza Municipal Council and also sensitized people of Phemphwe in Thyolo about the role of district council in their everyday life.

“Now after we have sold the service charters to people, what we are saying is that the project has come to an end and shortly we will phase out in a few weeks to come. So, my message is people should demand the services as outlined in the charter,” the  NICE Officer added.

Kaunda disclosed that NICE has since launched Mzinda platform where people can channel their grievances through whatsapp, sms and email, adding that the platform is aimed at supplementing what the project established over the past year of its implementation.

“The project has ended yes, but people in Thyolo can send their concerns, recommendations about services in the district. They can do sms through 0888242063 and whatsapp on 0994437847 or can also send email to www.mzinda.com,” he explained.

Kaunda added that, “Through the channels above, people will get responses immediately and should be assured that this Mzinda platform has come to stay. They can send a message on issues like delaying to collect garbage by officials, poor services given in government offices, among others.” 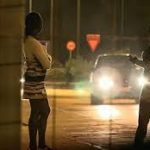 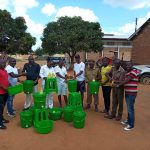 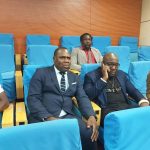