DDP followers marched in Zomba on Wednesday, describing the Court ruling which made a determination that there should be fresh presidential elections as fraudulent.

In the petition presented to Zomba District and City Council Officials, the party demanded justice on the ruling, arguing that the court had no evidence that the use of Tippex (correctional fluid) affected the outcome of the presidential polls.

“The court has no basis for calling for fresh elections over the announced winner by Malawi Electoral Commission (MEC). Con-court found no evidence to prove that unauthorized people had ballot papers,” the petition reads in part.

Through the petition DPP presented, there is no evidence that issue of forged signatures on results sheets was genuine.

The Party complained that there was no mention by first and second petitioners on 50+1 in which the Court has considered as if they was presented to them.

The ruling DPP has described the decision by the court as a threat to judicial independence in Malawi.

Speaking after presenting the petition, DPP Secretary General, Griezeldar Jeffrey said the party was not afraid of fresh elections but that it was only demanding justice on Presidential electoral judgment.

“DPP will make it again as a winning party. We are ruling and we will rule this country until 2084,” she said.

Jeffrey stressed that it was time to completely deal with the opposition once and for all through elections, encouraging party followers in the region to go in their large numbers for registration once it starts.

On conducting a peaceful march, she said the party follows the principles laid down by President Prof. Peter Mutharika, who loves his country by preaching peace.

This is the second march by the DPP after conducting a similar one in Blantyre on Monday where they demanded for justice on the presidential elections judgment. 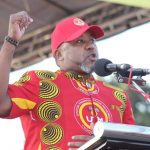 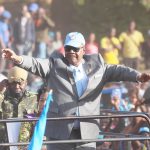 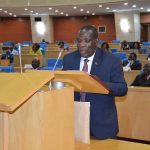 One Response to "DPP Supporters Demand Restoration Of Electoral Justice"