Democratic Progressive Party (DPP) has organized a series of peaceful solidarity marches to be conducted in all regions across the country.

DPP Secretary General Griezeldar Jeffrey has since warned opposition political parties who are allegedly mobilizing their members to perpetrate violence during the marches.

“DPP has a clean record on violence. However, we have some reports from the party’s intelligence that some opposition parties have asked their members to put on DPP regalia and interfere with the peaceful march by smashing cars and destroying property.

“Let me emphasize that the party officials are alert on this and if anyone is caught in the malpractice, he or she will face the law,” Jeffrey warned on Tuesday during a Press briefing at DPP Southern Region Headquarters in Blantyre.

On fresh elections slated to take place within 150 days, she said the DPP led by President Prof. Peter Mutharika was ready to go for the polls and win with a majority vote.

“In the history of Malawi, no opposition political party President has taken over the presidency through court. In this election, DPP is more than willing to participate on the ballot and win again.

“Remember, opposition political party presidents cannot win the forthcoming elections except Peter Mutharika who is peaceful, calm and development conscious leader to address the needs and aspirations of all Malawians,” Secretary General added.

DPP National Director of Operations, Mwai Innocent Kamuyambeni appealed to Malawians to vote for the DPP for continuation of development.

“I am convinced that no one would wish to vote for the party that cannot address their needs,” he said.

On Monday, DPP conducted peaceful demonstrations in Blantyre that attracted thousands of party supporters and similar parades are expected to take place in the Eastern, Northern and Central regions. 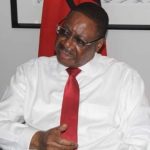 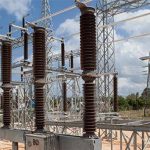