Journalists asked for clarification over allegations that the Community Technical College (CTC) program, launched in 2015, was dancing to the tune of politicians who dictate on which districts and sites to  establish  the vocational skills institutions.

The claims say commencement of some college projects delayed over site identification wrangles, citing Nkhata Bay as one of the affected districts.

“There is no single politics in the execution of the community technical colleges’ program. In fact, we appreciate the political will which is there because the President [Peter Mutharika] is at the helm of it. Previously we faced funding challenges in our programs,” Nkhoma said.

He said when a district has been awarded a college, officials from the district council bang heads with Chiefs and other traditional leaders to identify free land to establish the college.

“As you rightly put it, it was people in Nkhata Bay who were disagreeing about the ideal site for a community technical college. When they agreed on the site, Teveta came in to simply construct the college,” he said.

He said at the inception of the program, districts and sites to launch the program depended on availability of infrastructures that were not in use.

He cited Ngala in Karonga and Ezondweni in Mzimba as areas where the first colleges were established in the Northern Region, because there were abandoned structures that required minimal maintenance works for the colleges to be opened.

He asked Teveta to organize tours to places where the organization has successfully implemented its activities for the media to have firsthand information to achieve objectivity in its reporting.

During the meeting, the new Teveta service centre manager for the north, Joseph Chikopa, was introduced to the media.

Government rolled out the CTC program to offer life-changing technical, vocational and entrepreneurial skills to school leavers for them to acquire vocational skills to help them run their own enterprises and create jobs.

The CTC program is implemented by government through the Ministry of Labour, Youth, Sports and Manpower Development and was launched under the theme “skills for employment creation and poverty eradication.” 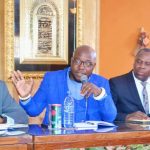 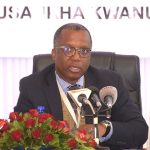 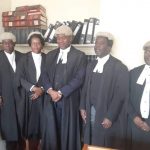