Following the death of the President of Hockey Association of Malawi (HAM), Tochi Gill, the association says it will confirm its new president at the Annual General Meeting scheduled for February 29, 2020.

Gill was elected as HAM president in 2018 and passed on in February last year (2019) while serving his second term.

HAM General Secretary, Lameck Banda said on Saturday there is provision in their constitution for the board to appoint someone to fill the vacant.

“The board appointed the Vice President Krishna Achutan to act as the president and James Chibisa as acting vice president.

“However, the rest of the posts were maintained as it was a newly elected executive,” said Banda.

He said should the two be confirmed at the AGM, they will serve with the rest of the board for four years.

According to Banda, the board at the AGM will discuss the way forward for the newly constructed hockey ground among other things.

“We will also be looking at reports by different sub committees of HAM, like the regional committees, marketing, medical and other plans for the next year,” he said.

The AGM, which is the 81st Congress meeting, will be held at College of Medicine Sports Complex Bar in Blantyre. 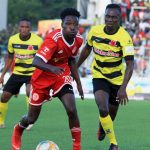 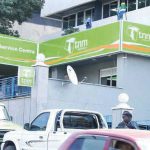