He made the sentiments in Karonga Saturday after touring Mwaulambo and Chikutu areas where government is extending the national electricity power grid.

Mwambande said it is government’s wish to connect every corner of the country to electricity to create business opportunities for more people thereby reducing poverty.

“ESCOM has already planted several poles leading to Mwaulambo and Chikutu and I am optimistic that very soon people of this area will have access to electricity,” he said.

He advised people in the area to refrain from vandalizing electricity equipment installed in the area saying such behaviour is counterproductive to development.

Paramount Chief Kyungu of Karonga and Chitipa thanked government for the development saying it will improve people’s living standards.

He said the initiative will attract development projects in the area thereby reducing some of the expenses people incurred in search of services that require electricity such as maize mills.

“I am happy with this development and let government continue with this program so that a number of people across the country benefit from it,” he said.

MAREP is aimed at increasing access to electricity for rural and peri-urban communities in the country in a bid to transform rural economies. 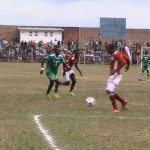 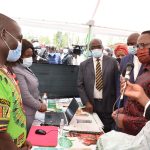