Former President Bakili Muluzi has rebuffed Timothy Mtambo’s request to use his son Atupele Muluzi and his United Democratic Front in their fight against ruling Democratic Progressive Party, we can reveal.

The HRDC trio of Mtambo, Macdonald Sembereka and Gift Trapece phoned ex- president Bakili Muluzi some few minutes ago from their usual drinking spot, Club Havannah at Chitipi along the Mchinji Road, where they expressed their dissatisfaction with the recent developments that Atupele Muluzi recently met President Mutharika for a possible political alliance in the coming fresh election.

“Your Excellency, you know as HRDC, all we have been doing is to make sure that we finish Democratic Progressive Party (DPP) completely, all the demonstrations and our efforts are to make sure that we kick DPP out of power; so what we are hearing that your son Atupele met President Mutharika is a setback to our plan,” lamented Mtambo to the Muluzi Senior.

Mtambo went ahead to request Muluzi popularly known as Atcheya to talk to his son so that he joins them to finish DPP by turning down any political alliance with Mutharika’s ruling DPP.

In his response, Muluzi has told Mtambo and his friends that he is not aware that Atupele Muluzi is in talks with President Mutharika.

“In fact, Atupele Muluzi is mature enough to make his own political decisions. I am not at liberty to dictate how he must do his political moves.

It is the UDF executive committee with the members of parliament who can decide what they think is best for them politically,” Atcheya told Mtambo.

Bakili Muluzi went further to remind the three HRDC officials that whatsoever the UDF NEC will make as its resolution in line with the coming fresh election, he has no say and he will let them proceed with arrangements without any interference.

It has been revealed that Mtambo and his HRDC are being used by the opposition to influence regime change, hoping that they will be given lucrative jobs in the government and business in billions if the opposition makes it into power. 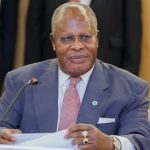 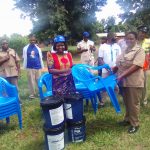 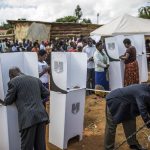