Lazarus Chakwera and his Malawi Congress Party (MCP) are too hungry for power they have done everything to come into government through the backdoor.

From organizing violent post-election demonstrations to undermining Malawi Police Service including killing and undressing officers and looting their houses, Chakwera the reverend has lived up to MCP’s character of inherent brutality and bloodletting.

They have sought to weaken state institutions and undermine democracy, Rule of Law and Government – all in the bid to rise to power.

But there is something worse they have done — which is seeking to damage the integrity of the Malawi Defence Force (MDF).

Chakwera and his officials have been coddling MDF to do something sinister and unconstitutional – overthrow government.

A number of instances come to mind.

As results of the 21 May 2019 elections started trickling in, he did a press statement on May 22 where he called himself Commander-in-Chief.

He has repeated this in several of his statements since then.

As they have been waging their war of violence, they have done everything to have Malawi Police Service blacklisted while they have publicly extolled MDF.

in the latest case at their rally in Msundwe last Saturday, Chakwera and his henchmen went on a spree talking ill of the Malawi Police Service while praising the MDF.

These statements are not ordinary. It is MCP’s way of luring the MDF to breach the Constitution and subvert democracy in Malawi.

That MDF is refusing to be dragged into unconstitutionalism must be painful for the power-hungry Chakwera and his MCP.

And it’s going back to haunt them big time.

To begin with, their attempt to drag MDF into politics reminds everyone how cruel and evil Chakwera and MCP are. MCP is dangerous to society now as it was then. It is ironic that MCP is as bloody in democracy and under the leadership of a ‘Man of God’ as it was before multiparty politics in Malawi.

Secondly, their plot to take over government by force demonstrates their inability to fit in democracy where competition in elections is the way for you to come to power. MCP remains a party that does not respect the Rule of Law and wants to remain a dictator.

Thirdly, it shows that MCP painfully admits that it cannot win an election. Of course it can’t, as Malawians will never forget the blood it shed in its 31-year rule, an image which it has made fresh with the violence and bloodshed it has caused after the elections last year.

Fourthly, we now know what MCP is capable of doing when it has powers on its disposal. It is its nature to be brutal. With power in their hands, MCP will be worse than it was in those 31 years.

That is why Malawians have been rejecting MCP. That is why MDF will always reject MCP’s overtures.

MDF remembers very that this is the party that created a paramilitary wing, the Malawi Young Pioneer, which it equipped better than the MDF itself. It was MCP that created competition for the MDF.

Malawi Young Pioneer was part of the brutal and human rights abusing machinery of the MCP regime.

Together with the violent Youth League which was modelled on the Nazi’s Red Shirts which executed the Holocaust, MYP maimed and killed innocent Malawians with the licence of the devil himself.

It was the MDF that freed Malawians from this brutality when it dismantled and disarmed Malawi Young Pioneer (MYP) during Operation Bwezani in 1992.

Let it also be remembered that in Africa and the rest of the world, the Malawi Defense Force is highly respected for its discipline and professionalism.

At home and abroad, where ever they have gone, the men and women in uniform are heroes who are the pride of the people of Malawi.

They have been in peacekeeping missions where they have saved many lives in Africa and the rest of the world.

They have been commended by international organizations such as the United Nations and regional bodies like African Union for their efforts to bring peace and order in Africa and the rest of the world.

Above all, they have been hailed by the world governments such as the US for their impeccable record for respect of Constitutionalism.

Chakwera and his thugs should not taint the image of their defence force because of his selfish interests. 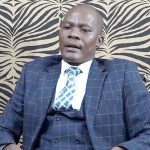 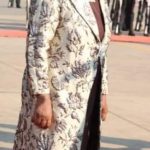 One Response to "Is Chakwera And His Nsundwe Party Dragging MDF Into Their Lawless Acts?"