Football Association of Malawi (FAM) says will meet all the 16 Super League teams in order to register and renew players and officials on the FAM Mpira Connect online registration.

FAM Mpira Connect, a brainchild of FIFA Connect System, is an online platform where clubs register their players, officials and stakeholders.

The initiative aims at promoting accountability and transparency in player transfers as well as fact-based management of football development.

“We are having sessions with the teams and last Saturday, we met all the Southern Region Super League teams, and we will also be meeting the Central as well as Northern region teams in the next seven days.

“All teams registered their players on the Connect last year and basically, what is happening now is that we are having sessions with them just to remind them on the use of the platform and also to renew the connection that they made,” said Zakazaka.

He said teams have to renew their registration before March 31, 2020 when they will also be submitting their players for club licensing.

The FAM official, however, hinted that should teams fail to finalise registration of players or officials, they will be barred in the in the league or cup games.

While saying that tabulating players and officials on the FAM Mpira Connect is an ongoing process, Nyasa Big Bullets Chief Administration Officer, Albert Chigoga said the team has made progress on making the connection.

“The renewal is very quick because we only upload two documents; the medical and the renewal certificate and also the registration receipt from Super League of Malawi.

We will renew the registration of our players whose contracts are still running and also register new players,” said Chigoga.

Ntopwa FC Technical Director and Owner, Isaac Jomo Osman said: “We already started the process and currently we are on phase three of the registration.

The registration will be easy task because we have most of our players signed on a three-year contract.”

On his part, Mighty Tigers Technical Director, Robin Alfandika said the team was engaged in making new signings, hence they are yet to make the renewal of players with contracts or registration of new players.

“We haven’t started registering players but we will start working on the process in mid-March because we were busy recruiting players that will revive Tigers this season.

I don’t know whether other teams have started the registration process,” said Alfandika. 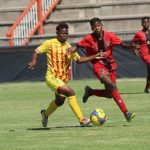 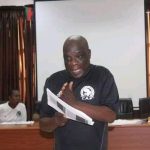 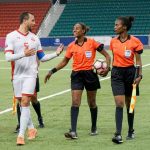