Since last year, government has been allocating funds to the program, aimed at bringing back the degraded vegetation cover through tree planting and also caring for existing forest regeneration.

The program has also played a big role in empowering the youth to be economically independent.

In the 2019/2020 National Budget, K1 billion was allocated for the implementation of MYFRP which is a reduction from K5 billion located in 2018/2019 financial year.

Briefing Area Development Committee (ADC) under Traditional Authority Somba on Thursday, Blantyre District Forestry Officer, Geoffrey Kanyerere said out of the K27 million the council was allocated in the 2019/2020 national budget, only K3 million has been disbursed to the council by the treasury.

Kanyerere said the council expects the remaining funds to be channelled to the district before end of June, 2020, being the last month of the fiscal year and also the program.

“Initially, the program this year will benefit 420 youth individuals. This is on the lower side compared to 1000 last year. The youth from selected catchment areas will be grouped and each group will comprise 20 members.

“A number of projects have been identified within the program. For instance, we will have some clubs that will be required to only clear bushes where we have existing trees while other clubs will have to plant trees where there are none,” said Kanyerere.

The forestry officer added that based on the experience from last year when many youths were resistant to participate in the program, this year’s implementation would only accommodate those who are willing and have expressed interest to be involved.

“We had a number of challenges last year, but this time we will implement the program with those willing to take part and to sign contracts with government.

“Unlike public works program, in this program, the youth will only get their wages upon completion of their assigned work and also having received a certificate certifying their completed job,” Kanyerere said.

Meanwhile, Blantyre District Youth Officer, Gertrude Francisco has appealed to community leaders through the district youth network to identify only those youth who are willing and capable to do the job.

Francisco observed that there have been cases where leaders, instead of selecting rightful beneficiaries of the program, ended up picking relations. She said the malpractice defeats the whole purpose of the program.

“Government has set up a number of initiatives aimed at improving the livelihoods of our youth.

“Therefore, let me appeal to leaders not to compromise the program, you must pick the rightful people,” she said. 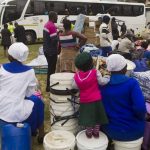 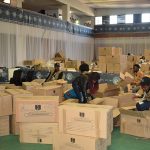 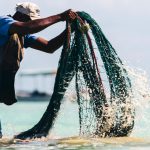