All the four MEC commissioners that appeared before the parliamentary Public Appointments Committee (PAC) on Tuesday insisted that the commission meticulously scrutinised all altered result sheets before confirming or rejecting them.

The four, Moffat Banda, Yahaya M’madi, Linda Kunje and Jean Mathanga were appearing before the members of PAC on the second day of the committee’s inquiry into the competence of the commissioners, as ordered by the constitutional court last week.

The four, on separate occasions told members of PAC that though they were surprised to see that result sheets were coming in with alterations, the commission resolved to determine the results upon noting that ‘the valid vote count was not affected.

This is in sharp contrast to the testimony of Bishop Mary Nkosi, who was the first commissioner to appear at the commencement of the inquiry on Monday.

Nkosi among other things, said most of the major decisions were made by the Commission Chairperson, Jane Ansah, and at times without the involvement of other commissioners, a claim not collaborated by the subsequent commissioners.

In contrast, when quizzed on separate occasions, the four told the committee that they were all a part of all the major decisions that the commission made, including the one to allow the use of tally sheets that had alterations.

“I took part in all the decisions that were made during meetings that I was in attendance. I was always available at the National Tally Centre during the whole results processing period.

He further said the commission did not make any major decision without involving all the relevant electoral stakeholders, including political parties.

The four also collaborated to tell the committee that they only processed altered tally sheets when they had established that the alterations were only used to make genuine corrections and not otherwise.

“Each commissioner scrutinised every result sheet before being passed to the chairperson for signing. When we noticed alterations, we set them aside and only proceeded when we established they were genuine corrections,” said commissioner Mathanga.

Commissioner M’manga further said since the commission was racing to determine and announce the results within the period stipulated by the law, the commission resolved to only look at the most important areas of the result sheets.

‘We saw that there were anomalies. Yes, we did not provide tippex. But when we saw that it was being used, we resolved to concentrate on the important areas which are number of voters and the valid votes for each candidate,” said M’manga.

M’manga further said though he agreed with the constitutional court that there were irregularities during the election, he does not believe that the commission bended any law in using altered tally sheets to determine the results.

Commissioner Kunje, whose conduct and manner of responding was subject to complaints from several members of the committee also said she was part of every major decision that the commission made, including the decision to delegate members of the secretariat.

“We (the commissioners) delegated the Chief Elections Officer to write BDO Jordan (contracted auditing firm) to change some of the contents of their report.

“We also involved stakeholders, including political parties in our decision to accept altered results,” Kunje said.

Kunje also said that the commission accepted forms with alterations because they were convinced that they were made to correct genuine errors, which she claims the laws are silent on whether that is allowed or not.

Asked to comment on how he assessed the responses of the commissioners questioned on the day, Chairperson for the Public Appointments Committee (PAC), Collins Kajawa said it was hard to have a bracket assessment.

“My assessment is four-fold. Some commissioners came prepared. Others demonstrated a default position without really listening to the members.

“Thirdly, others deliberately attempted to deny gaps that were there in the electoral process,” Kajawa said.

Kajawa further implored on the commissioners to understand the essence of the exercise, since Parliament is another arm of government. He said his committee was attempting to hear the side of the commissioners.

At the time of writing this piece, five commissioners had so far appeared before PAC to answer questions regarding the May, 2019 presidential election.

The committee commenced an inquiry into the competence of MEC commissioners on Monday, following an order of the constitutional court that nullified the May 2019 presidential election results. 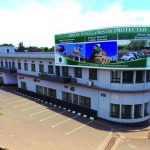