Listening to what many people in other countries including Reuters News Agency say about us as Malawians every reasonable person would get annoyed.


However, when you begin to closely observe our manner of behavior you get tempted to approve the outside perception about Malawians. We are a people who generate negative energy to glorify shameful deeds.

For example, if you want to become popular in Malawi, the quickest way is to begin insulting elderly people. Shame on us! We enjoy clapping hands for fools.

Lets now talk about our Bishop Mary Nkosi. When she appeared before Public Affairs Committee of the tippex Parliament; she was quick to trash MEC and its Chairperson Dr. Jane Ansah, but surprisingly rated MEC’s performance with a strong credit of 70%.

It is not clear whether she believed in her own judgement or it was just an opportunity for Dr. Jane Ansah to know the type of friend she had in Bishop Mary Nkosi- A lady who used to offer herself for joint prayers whenever they felt that the situation needed divine interventions-that was during the electoral process.

The manner in which the Bishop behaved in Parliament might sound strange to other sober minded people but for some of us who know the bishop, it was her time to be a REAL Mary Nkosi.

This was a person who was a Deputy Governor at the RBM expected to understand group dynamics-you don’t discuss issues as a group and then you go out and point fingers by isolating yourself. When she was the second in command at RBM she used to attack her boss exposing his weaknesses in public circles. Those who listened to her could easily tell that she was at the same time exposing her own weaknesses.

The information that she presented differ in material respect to those presented by the rest of the commissioners. The question remains “why was she the only commissioner who was being sidelined?

At the church where she ministers, she has in several occasions portrayed to be a good player in this dirty game. She masterminded the downfall of two bishops senior to her in different times. As a third in command she used to enjoy backbiting her spiritual bosses.

The woman is building castles in the air by seeking employment in the MCP led government that will never exist, but at the expense of relationships-Lady Mcbeth! 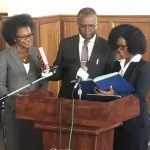 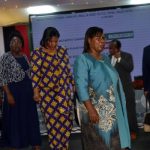 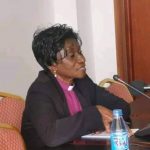