It is a very undeniable fact that Malawi Congress Party (MCP) remains a dominant force in the central region of Malawi when it comes to the ballot.

They stood with a tyrant Kamuzu Banda in 1994 general election, and throughout the voting years, the centre has always been MCP.

It is a well known fact that the Chewa of the central region do not look for the qualities of any candidate save for those that are in MCP regalia. I bet you, that even if the party convention puts a GOAT as a Presidential candidate, the central region would rather see that GOAT voted as President above anything else.

Central region doesn’t go for ideologies, philosophies or manifestos of other parties except anything else associated with MCP. It wouldn’t be a crime to admit that the central still live in the stone ages or the dark ages of Kamuzu Banda.

However, MCP’s thirst for power is becoming very questionable, unbearable and undesirable. Despite claiming to have made some radical changes in recent years, their thirst for the big post would tell you that these guys haven’t changed at all. They try to look so innocent, angelic, pro-poor and heavenly like because they are outside the corridors of power.

The good example can be the recent sentiments made by the learned Secretary General Mkaka addressing his party leader as His Excellency the State President at the so called (MCP Victory rally at the headquarters as if they won the Presidency) and Msundwe, tells it all that the so called rebranded MCP has Kamuzu era blood in them.

Once MCP gets into the driving seat, if that chance happens which I can’t see happening anytime soon, they will display their true colours to the fullest.

The opportunities, freedom of speech, freedom to demonstrate that Malawians have in the leadership of Peter Mutharika, will be history in years to come if MCP ascends to power.

I would love, if the people of Centre of Malawi more especially Lilongwe can at times reflect and appreciate the best that DPP has delivered to them, other than listening to the hate speeches and messages from their leaders who do not have the welfare of Malawians but only hunger for the power.

However, I still see MCP dominating the centre in the next 20-30 years whilst in opposition until the blindfolded central people open up their eyes and see that MCP was already given the opportunity to rule this country from 1963-1994 and Malawians suffered heavily under their watch.

My plea to the central people, is accept that Kamuzu is no longer in power and that times have changed where we used to support political parties based on regions (Take an example from the northerners).

And please take your time to appreciate other parties’ manifestos such as that of Chilima’s UTM and see the best offers rather than clinging on to the conservative ideologies of the very MCP you have always been voting and losing in an election. 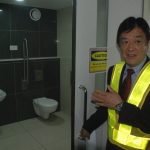 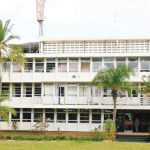 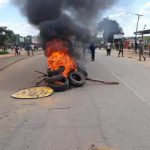