According to the Malawi Electoral Common (MEC) official results, Mazizi managed get 1,663 votes.

Initially, MEC planned to conduct the By-elections on November 5, 2019 but date was postponed due to violence targeting DPP candidate and supporters.

“The journey to holding of by-elections in Lilongwe South met challenges and impediments, but we are grateful to the Almighty God that we have made it,” said MEC’s Chairperson Justice Dr. Jane Ansah before declaring the winner on Friday in Blantyre

MEC Chairperson Ansah also commended government through the Ministry of Finance for sponsoring the By-Elections.

“MEC wishes to extend its appreciation to Government through the Ministry of Finance for releasing funds to conduct the by-election.

The Commission commends all stakeholders for their continued support in voter mobilization whenever there is a by-election,” commended Ansah.

Meanwhile, Malawi Congress Party (MCP) candidate Peter Dimba has been declared the winner for the By-Elections.

The Malawi Electoral Commission (MEC) conducted By-Elections in Lilongwe South Constituency on Wednesday after failing to conduct elections on May 21, 2019 due to the death of one of the candidate. 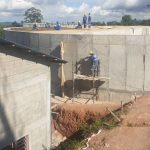 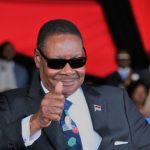 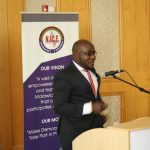