Government has expressed concern over continued growing problem of Trafficking in Persons in the country.

The Minister of Homeland Security, Nicholas Dausi made the observation Monday when he opened a two day Session of the First Series of Malawi Government Training of Resource Persons and Trainers on the Application of Trafficking in Persons Act (2015)at the Bingu International Conference Centre (BICC) in Lilongwe.

He said it was pleasing to note that the problem has since been gaining increased government attention and spotlight in the country over the past five years.

Dausi said that, “The full extent of Trafficking in Persons is not widely known, but in recent years increased awareness has resulted in improved reporting and understanding of the problem.”

The Minister added that Traffickers prey upon the most vulnerable and they target the weak, the despairing and the isolated.

He said they make false promises and transport their victims across the border to labour without passports or phones in places where there are no means of escape.

“If the victims rebel or become ill, the traffickers often use violence to ensure that their profits continue and their crimes are concealed,” Dausi explained.

He said there has been increasing political awareness regarding this phenomenon as illustrated by Government adoption of international standards as well as local commitments in response to the heightened awareness.

Dausi said training was very important as it would raise awareness among persons who come into contact with any trafficked persons as an effective strategy aimed at preventing Trafficking in Persons.

“The Ministry is establishing a team of resource persons and trainers who are specially equipped and well trained within the Governments and most importantly, the police and prosecutorial authorities.  The training outcomes, if properly implemented, would have remarkably addressed the challenge of inadequate capacity,” the Minister pointed out.

He said Government of Malawi is cognizant of the fact that this complex war cannot be single handedly won by the government alone.

Dausi commended the various partners it has been working with like Government of the United Kingdom who have offered financial support and to UNODC for the untiring technical expertise in this area.

He called upon other partners to join efforts for it is through such concerted efforts that the fight against this horrendous form of modern slavery could be won.

He pointed out that Trafficking in persons is the second largest criminal activity in the world, following illegal drugs and just in front of illegal arms.

Matewere said human trafficking is being fueled by a demand for cheap labour or services, or for commercial sex acts.

“Human trafficking affects every country around the world, regardless of socio-economic status, history, or political structure,” he noted. 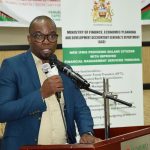 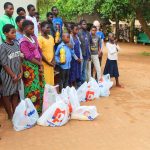 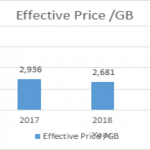 One Response to "Government Worried With Human Trafficking"