Chimulilenji Calls For Unity Of Purpose

Vice-President Everton Chimulilenji has called for unity of purpose to ensure continued development of the country.

Chimulilenji made the call on Saturday during a development mass rally at Nsenjere Primary School ground in the area of Paramount Chief Lundu in Chikwawa District.

The Vice-President said the Democratic Progressive Party (DPP) administration has earmarked a number of developmental projects such as road infrastructure, teachers’ houses and electrification programme to be implemented in the country.

As such, he said, there is need for people, regardless of their political, cultural and religion affiliations, to join hands in accomplishing the quest.

“President Professor Peter Mutharika is a development conscious leader and is ready to work with anyone in building the nation.

“But what is most important is to love one another and also for us to live in harmony,” he said.

Chimulilenji then reiterated his continued loyalty towards Mutharika and DPP values to serve Malawians better.

He then expressed gratitude to the people in Chikwawa for not participating in demonstrations saying the current protests in some parts of the country are aimed at destroying private and public infrastructure.

DPP Regional Governor for the South Charles Mchacha thanked people especially in Chikwawa for giving fresh mandate to the party president to govern the country in years to come.

“Let me assure you that government will make sure that it responds with food assistance to all hunger stricken families,” he said.

During the rally, DPP welcomed 350 people who have defected from the opposition Malawi Congress Party. 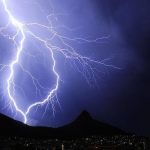 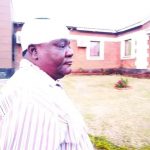 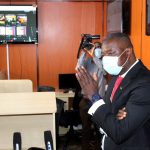